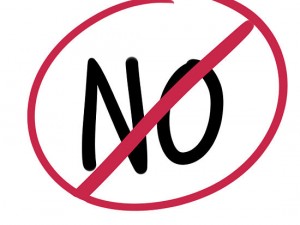 A few weeks ago I received an email from a colleague asking me to check one of the website he had developed. He is a web designer and his client wanted a nice attractive flash header. The flash header was great. You can’t miss it at all. Some nice graphics elements were flying in while sound effects created just the right atmosphere. However, after starting to explore the website, the header became very annoying because every time you clicked on the website the header restarted. What was pleasant initially became very annoying very quickly, disturbing your concentration and making it difficult to read what was on the page.

He is not the first to create what I like to call – "annoying website design". Many webmasters, especially new webmasters are totally “in love” with their ideas and tend to go overboard with their design in one way or another. It’s nice to have an attractive header, but is it really necessary to assault the visitor’s mind with it? In my opinion, absolutely not!

Webmasters sometimes forget that their website design should send a message to the visitor that should reflect the website topic and not the programmer’s skill level.

Well…. It’s not that hard to be annoying. However, some webmasters are much better than others at annoying their visitors.

Check my top 5 list and decide for yourself whether you have been annoying your visitors.

Background music – Unless you are operating an online internet radio station or sell music CDs, why play a midi/wav file in the background continuously on every page?

Huge font size – If you are designing a website for people with a disability then you are doing the right thing, but if not then you are shouting. People don’t like it when someone shouts at them.

Small font size – Do you want to be heard? Keep a normal tone, don’t shout but "speak" in a reasonable volume.

Overlapping layers – Layers can be very useful up to the point. But not when they are being used to put an annoying message in the visitor’s face. Don’t try to force your visitor to read your messages. Try persuasion instead of brute force.

Popup windows – Even though popup windows are now blocked by many add on tools, webmasters keep using them. The annoying part of popups is sometimes we actually miss important information because of those anti popup tools. Haven't you heard the old phrase "if you can’t beat him, join him”? Don’t use pop up windows. Put your important messages in a central place on your website.

Most likely each one of us has our own private top five lists. You probably have many more annoying design cases in mind. Well, you’re right, the list is much longer then that. I just wanted to describe some of the highlights in order to bring this important subject your attention.

Some of you are probably reading those lines and smiling while some others have a feeling a deja-vu. Keep in your mind that as a webmaster the last thing you want to do is put lots of effort into your website and then find out that your visitors hate it. It's not a matter of taste, it's more about being the same polite person we all try to be when we go to a party.

I tried to point out a few things that might be useful to some web designers and webmasters. I don’t know about you, but I’m going to send this article to my friend, hopefully he’ll send it to his client 🙂

Nowadays there is lot of undesirable circumstance which force a human to take medicaments. There are variant problems when you have to buy drugs from the WEB. Certain drugs are as a rule used to treat numerous types of bacteria, such as bronchitis and infections of the nose. Generally, if you have lost the appeal to a particular partner, medicines like Levitra to improve potency is unlikely to help him back. Levitra is a treatment used to treat varied problems. What do you think about https://isviagraoverthecounter.com/over-the-counter-muscle-relaxer.html? You may have heard about Numerous pharmacies describe it as . Probably you already heard about the question. Sex drive diseases are so ordinarily a product of what you've experienced that there is something to that "headache" saying after all. There are side effects possible with any type of drug. Generally remedies like Levitra has come under serious attention, special regarding its cooperation with some medicaments. Your physician may occasionally change your dose to check you get perfect results.

View all posts by: Admin