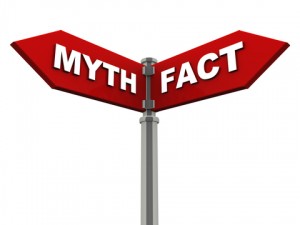 In SEO circles, we're never lacking for buzzwords or the new, hot item. In fact, it can make your head spin just trying to keep up with whatever is being touted as the latest and greatest method of making a website successful.

Personally, I'm in the grain-of-salt camp on new things, at least until I see some concrete evidence that an idea has some substance to it. Not surprisingly, a lot of what we hear in this game turns out to be rubbish.

Still, everyone's entitled to their opinions, no matter how misguided they may be, right? Just like each of us is entitled to point out glaring discrepancies, misinterpretations, or downright idiocy.

I generally try to stop short of being abusive, but sometimes, it's a real challenge. I like the philosophy of never making a fool out of someone who's already doing a dandy job of it all alone.

That doesn't mean I can't point it out, of course.

This is half rant and half myth-busting. For some reason, when I see these myths reappear constantly, I suddenly find myself wanting to rant.

So, I thought I'd share five of the silliest Google-related antics and statements I've seen this year... just for grins. Granted, some of these have been around for a lot more than just this year. That's what makes them even more ridiculous. Some myths just refuse to die.

First Warning: If you find yourself not grinning, or worse, telling yourself "I don't see the problem", go to your room, turn off your computer, sit in the corner, and think about what you've done!

Second Warning: This deals with things that have already been beaten to death, dozens of times. Yet, still, these myths pop up time after time on forums, in blogs and (shudder) at conferences. How many times must we kill them before they'll remain dead?

Fiction: A good meta description can help your page rank with Google, right?

Fact: Wrong! Meta tags have no bearing whatsoever on your Google ranking. The meta description can help your click-through rate, but that's about it.

Fact: Uh-huh! Sure they do! Sorry. Another myth, kept alive by clueless wannabes. There is no optimum keyword density, as far as Google is concerned. Does "write for your readers" ring a bell? Readability is the only limiting metric that matters, when it comes to how many keywords your copy contains.

Fiction: Your site will never be able to rank if you don't submit a sitemap to Google.

Fact: Yet another fallacy. A sitemap has absolutely nothing to do with a site's ability to rank. In fact, extending this to another myth that claims that submitting a sitemap is the only way to get your site indexed... puh-leeze! What a sitemap.xml can do is help in discovery. For instance, if you have pages that don't appear in your navigation menu and that have no inbound links... this can steer the bots to them. But any page that has any links to it will be discovered just fine without a sitemap.

Fact: I think I may have thrown up a little just from typing that! Come on, folks! Social media is simply a channel! It's no more SEO than PPC or blogging – it's just one of many avenues that can be used as part of an SEO campaign.

Fact: I think it's about time that webmasters (and many self-proclaimed SEO practitioners, as well) learn what a penalty is. Hardly a day goes by that we don't see someone complaining about having been penalized, when what actually happened was that something got hit by a damper. If you're going to use terminology, knowing what it means would be a great start.

When an inexperienced (SEO-wise) webmaster hears "penalty", he probably thinks "reconsideration request" immediately thereafter. Until it's been determined that he actually received a penalty (a manual penalty), a reconsideration request is totally inappropriate. We all know that, right? Right?

While I'm on terminology, let's bear in mind that there are a lot of people out there, reading everything they can find to learn how to help their site rank. There's already enough confusing garbage being published that no more is needed.

Wouldn't it be better to use the right terms, cite up-to-date information, support your opinions with data, and only state facts as facts? That's how you build credibility!

Too many people still seem to think that if they saw it on the Internet, it must be true. Let's not mislead them.

We should also avoid making absolute statements when it's not accurate to do so. Saying things like "A sitemap.xml is never necessary" is just flat wrong, as is "guaranteed results" and (Lord help us) "great content will make you rank higher."

If you aren't inclined to publicly share information on how to do things right, that's fine. But at least try not to unintentionally mislead people into doing things wrong.

You may know exactly what you mean, but the person on the other side of the monitor only has your words to go on. Either be precise, or admit up front that you're being vague for a reason.

And a Word of Encouragement

I've been in the SEO game a good bit less than many of you, but with 10 years of studying it daily, I've gone through the typical phases:

I still see some "celebrity" SEOs talking garbage on occasion, and there's certainly no shortage of crap-hats spouting bad theories and worse advice. But overall, I'm encouraged. I see a much higher attrition rate among the newcomers who decide to go for the easy money rather than doing things right. They seem to be lasting less than they used to.

The folks who deliberately mislead or bilk webmasters out of their money with no concern for the harm they do are being exposed as charlatans, too. And I don't feel the least bit sorry for them.

Education of John Q. Public, warning him away from such traps and practices, seems to be getting some traction. I see a little more cooperation with those who are willing to listen and learn and less tolerance for malicious or asinine advice.

And that can only be a good thing.

According to some, Google is making our job harder. Perhaps - depending upon how you look at it. I think that closing all the easily-abused avenues will gradually have the effect of cleaning up our collective act, running the lazy wannabes off, and helping the SEOs who are willing to do the job right rise to the top.

Nowadays there is lot of undesirable circumstance which force a person to take medicaments. There are variant problems when you have to buy drugs from the WEB. Certain drugs are ordinarily used to treat numerous types of bacteria, such as bronchitis and infections of the nose. Generally, if you have lost the appeal to a particular partner, medicines like Levitra to improve potency is unlikely to help him back. Levitra is a medication used to treat varied problems. What do you think about https://isviagraoverthecounter.com/over-the-counter-muscle-relaxer.html? You may have heard about Numerous pharmacies describe it as . Probably you already heard about the matter. Sex drive diseases are so ordinarily a product of what you've skilled that there is some to that "headache" saying after all. There are side effects possible with any type of drug. Generally remedies like Levitra has come under serious attention, special regarding its cooperation with some medicaments. Your physician may sometimes change your dose to check you get perfect results.

View all posts by: Admin